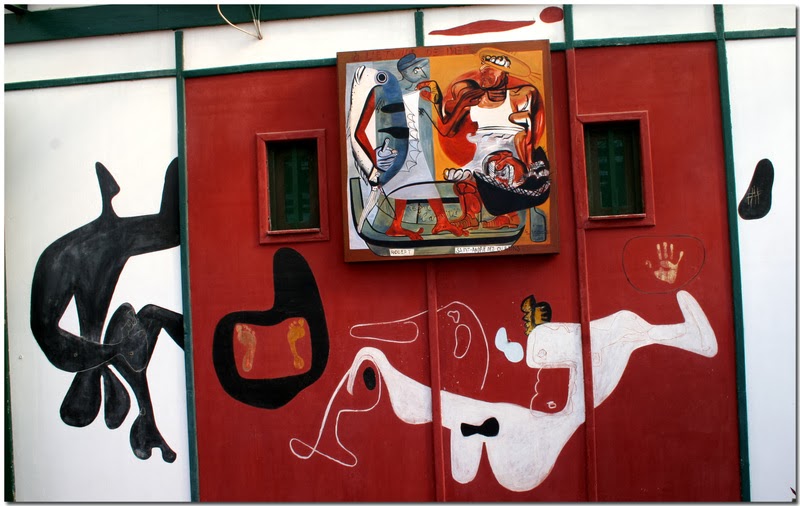 Born Charles-Edouard Jeanneret-Gris on October 6, 1887, Le Corbusier was the second son of Edouard Jeanneret, an artist who painted dials in the town’s renowned watch industry, and Madame Jeannerct-Perrct, a musician and piano teacher. His family’s Calvinism, love of the arts and enthusiasm for the Jura Mountains, where his family fled during the Albigensian Wars of the 12th century, were all formative influences on the young Le Corbusier.At age 13, Le Corbusier left primary school to attend Arts Décoratifs at La Chaux-de-Fonds, where he would learn the art of enameling and engraving watch faces, following in the footsteps of his father.

There, he fell under the tutelage of L’Eplattenier, whom Le Corbusier called “my master” and later referred to him as his only teacher. L’Eplattenier taught Le Corbusier art history, drawing and the naturalist aesthetics of art nouveau. Perhaps because of his extended studies in art, Corbusier soon abandoned watchmaking and continued his studies in art and decoration, intending to become a painter. L’Eplattenier insisted that his pupil also study architecture, and he arranged for his first commissions working on local projects.

After designing his first house, in 1907, at age 20, Le Corbusier took trips through central Europe and the Mediterranean, including Italy, Vienna, Munich and Paris. His travels included apprenticeships with various architects, most significantly with structural rationalist Auguste Perret, a pioneer of reinforced concrete construction, and later with renowned architect Peter Behrens, with whom Le Corbusier worked from October 1910 to March 1911, near Berlin.

These trips played a pivotal role in Le Corbusier’s education. He made three major architectural discoveries. In various settings, he witnessed and absorbed the importance of (1) the contrast between large collective spaces and individual compartmentalized spaces, an observation that formed the basis for his vision of residential buildings and later became vastly influential; (2) classical proportion via Renaissance architecture; and (3) geometric forms and the use of landscape as an architectural tool.In 1912, Le Corbusier returned to La Chaux-de-Fonds to teach alongside L’Eplattenier and to open his own architectural practice. He designed a series of villas and began to theorize on the use of reinforced concrete as a structural frame, a thoroughly modern technique.

Le Corbusier began to envisage buildings designed from these concepts as affordable prefabricated housing that would help rebuild cities after World War I came to an end. The floor plans of the proposed housing consisted of open space, leaving out obstructive support poles, freeing exterior and interior walls from the usual structural constraints. This design system became the backbone for most of Le Corbusier’s architecture for the next 10 years.

In 1917, Le Corbusier moved to Paris, where he worked as an architect on concrete structures under government contracts. He spent most of his efforts, however, on the more influential, and at the time more lucrative, discipline of painting.Then, in 1918, Le Corbusier met Cubist painter Amédée Ozenfant, who encouraged Le Corbusier to paint. Kindred spirits, the two began a period of collaboration in which they rejected cubism, an art form finding its peak at the time, as irrational and romantic.

With these thoughts in mind, the pair published the book Après le cubisme (After Cubism), an anti-cubism manifesto, and established a new artistic movement called purism. In 1920, the pair, along with poet Paul Dermée, established the purist journal L’Esprit Nouveau (The New Spirit), an avant-garde review.

In the first issue of the new publication, Charles-Edouard Jeanneret took on the pseudonym Le Corbusier, an alteration of his grandfather’s last name, to reflect his belief that anyone could reinvent himself. Also, adopting a single name to represent oneself artistically was particularly en vogue at the time, especially in Paris, and Le Corbusier wanted to create a persona that could keep separate his critical writing from his work as a painter and architect.

In the pages of L’Esprit Nouveau, the three men railed against past artistic and architectural movements, such as those embracing elaborate nonstructural (that is, nonfunctional) decoration, and defended Le Corbusier’s new style of functionalism.

In 1923, Le Corbusier published Vers une Architecture (Toward a New Architecture), which collected his polemical writing from L’Esprit Nouveau. In the book are such famous Le Corbusier declarations as “a house is a machine for living in” and “a curved street is a donkey track; a straight street, a road for men.”

Le Corbusier’s collected articles also proposed a new architecture that would satisfy the demands of industry, hence functionalism, and the abiding concerns of architectural form, as defined over generations. His proposals included his first city plan, the Contemporary City, and two housing types that were the basis for much of his architecture throughout his life: the Maison Monol and, more famously, the Maison Citrohan, which he also referred to as “the machine of living.”Le Corbusier envisioned prefabricated houses, imitating the concept of assembly line manufacturing of cars, for instance. Maison Citrohan displayed the characteristics by which the architect would later define modern architecture: support pillars that raise the house above the ground, a roof terrace, an open floor plan, an ornamentation-free facade and horizontal windows in strips for maximum natural light. The interior featured the typical spatial contrast between open living space and cell-like bedrooms.

In an accompanying diagram to the design, the city in which Citrohan would rest featured green parks and gardens at the feet of clusters of skyscrapers, an idea that would come to define urban planning in years to come.

Soon Le Corbusier’s social ideals and structural design theories became a reality. In 1925-1926, he built a workers’ city of 40 houses in the style of the Citrohan house at Pessac, near Bordeaux. Unfortunately, the chosen design and colors provoked hostility on the part of authorities, who refused to route the public water supply to the complex, and for six years the buildings sat uninhabited.

In the 1930s, Le Corbusier reformulated his theories on urbanism, publishing them in La Ville radieuse (The Radiant City) in 1935. The most apparent distinction between the Contemporary City and the Radiant City is that the latter abandoned the class-based system of the former, with housing now assigned according to family size, not economic position.The Radiant City brought with it some controversy, as all Le Corbusier projects seemed to. In describing Stockholm, for instance, a classically rendered city, Le Corbusier saw only “frightening chaos and saddening monotony.” He dreamed of “cleaning and purging” the city with “a calm and powerful architecture”; that is, steel, plate glass and reinforced concrete, what many observers might see as a modern blight applied to the beautiful city.

At the end of the 1930s and through the end of World War II, Le Corbusier kept busy with creating such famous projects as the proposed master plans for the cities of Algiers and Buenos Aires, and using government connections to implement his ideas for eventual reconstruction, all to no avail. 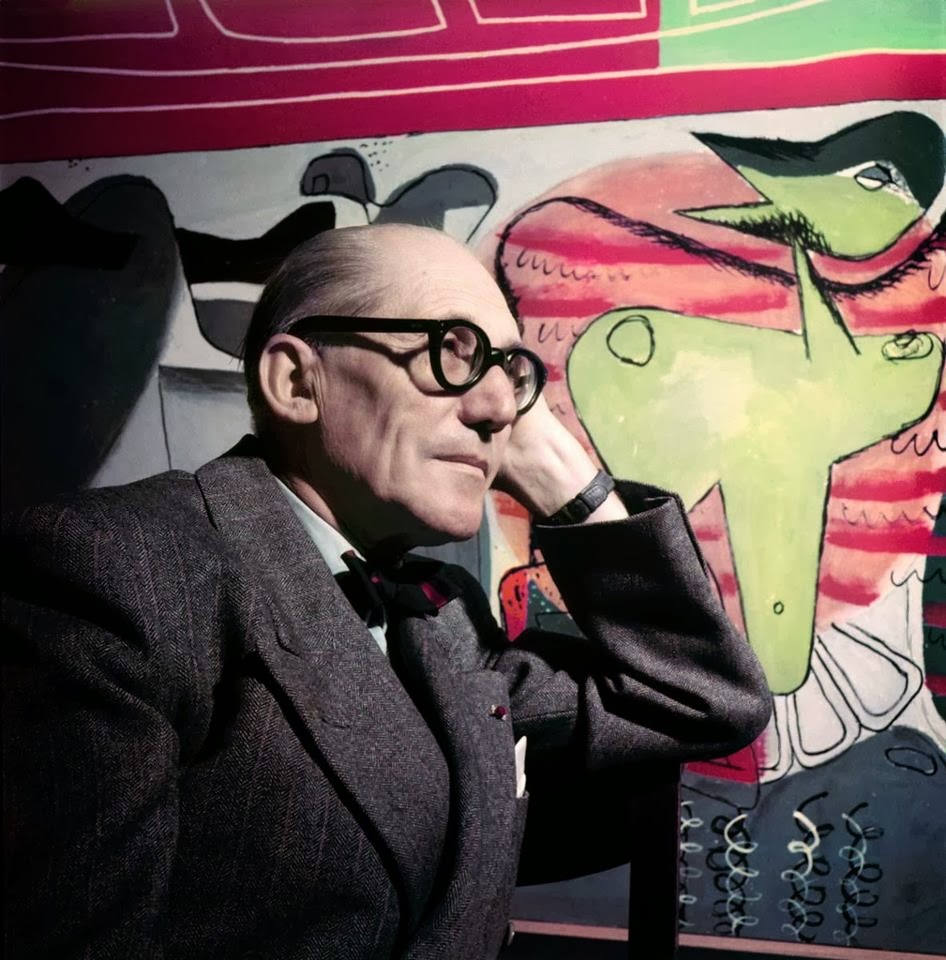 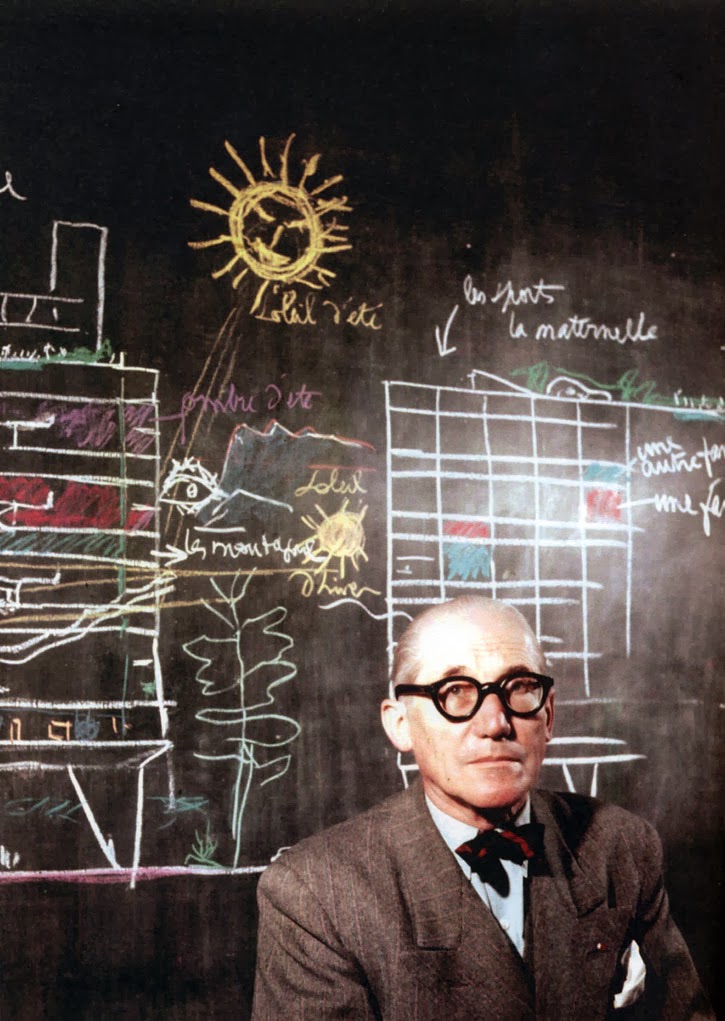